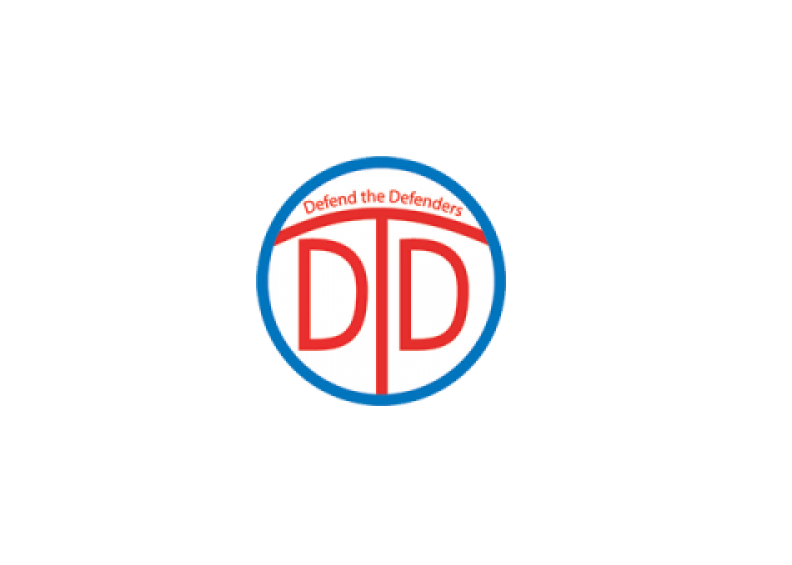 According to Defend the Defenders’ statistics, as of December 31, 2021, Vietnam’s authoritarian regime is holding at least 251 prisoners of conscience in prisons or other forms of detention. The number does not include Le Anh Hung (m) who is forcibly committed in mental hospitals without judicial process. The list includes Australian citizen Chau Van Kham (m) who has been found guilty of terrorism under Article 113 of Vietnam’s Criminal Code.

As many as 23 of the prisoners of conscience identified by Defend the Defenders are women human rights defenders (WHRDs).

In total, 181 people, or 72.2% of the list, are from the Kinh ethnic majority. The second-largest ethnic grouping on the list is Montagnards, a loose set of religious and ethnic minorities who live in the mountains of the Central Highlands. They account for 62 people or 24.6% of those on the list. There are eight prisoners of conscience from the Hmong ethnic minority and two on the list are Khmer Krom.

Bloggers, lawyers, unionists, land rights activists, political dissidents, and followers of non-registered minority religions have been arrested and detained for peacefully exercising their internationally and constitutionally protected rights, principally the right to freedoms of expression, peaceful assembly, and religion or belief. The list does not include individuals who have engaged in or advocated violence.

Vietnam still holds 35 activists in pre-trial detention, six of them were arrested in 2018-2019, nine in 2020, and the remaining 20 were detained in 2021. Among them is prominent human rights defender Nguyen Thuy Hanh, who has been charged with “conducting anti-state propaganda” under Article 117 of the Criminal Code, and independent Mai Phan Loi, who is probed for tax evasion.

– 56 people from ethnic minorities were convicted of undermining the national unity policy (Article 87 of the 1999 Penal Code or Article 116 of the 2015 Criminal Code);

– Nine activists were convicted of “disruption of security” under Article 118 of the 2015 Criminal Code;

– Ten individuals were convicted of or charged with “disrupting public orders” (under Article 245 of the 1999 Penal Code or Article 318 of the 2015 Criminal Code) for their peaceful activities. Seven of them were imprisoned for participating or being suspected of planning to participate in the mass demonstrations in mid-June 2018 and their aftermath;

– The charges for 13 individuals are unknown, including three Montagnards followers of the Ha Mon sect arrested on March 19 last year.

In late January 2021, the ruling Communist Party of Vietnam (CPV) conducted its 13th National Congress to elect its new leadership for the next five years. The week-lasting congress re-elected many conservative figures such as incumbent General Secretary Nguyen Phu Trong, Minister of Public Security General To Lam, and former police general Pham Minh Chinh to the 18-member Politburo, the most powerful body of the regime. In April-May, the authoritarian regime carried out the administrative formation for the next five years including the presidency and the government as well as the general election for the rubber-stamp legislative body called National Assembly and People’s Councils at provincial, district, and communal levels. Later in July, the National Assembly formally approved the presidency, the government and other state agencies already decided by the party while the People’s Councils at the provincial, district, and communal levels approve leadership of the respective local agencies.

During the preparation of the party’s events and after the formation of the new leadership at the national and local levels, the regime tightened social orders, intensifying the crackdown on local dissent and bloggers which was started in late 2015.

It seems that the Vietnamese authoritarian regime continues its repression without fearing being punished by the western world after the European Parliament adopted the EU-Vietnam Free Trade Agreement and the EU-Vietnam Investment Protection Agreement in March last year, just two months after Hanoi sent thousands of riot policemen to Dong Tam commune to launch a blood attack on the local land petitioners in which local spiritual leader Le Dinh Kinh was shot to death and many of his relatives, as well as many other villagers, were beaten and detained. In addition, the US administration of President Donald Trump who paid no attention to human rights issues resigned after the loss of the billionaires in the presidential election in November 2020 while newly-elected President Joe Biden has little time for international issues but to focus on the domestic problems. Moreover, the administration of President Biden attaches importance to a closer partnership with Vietnam’s authoritarian regime due to its geopolitical value in the fight between the US and China is the leading global position.

The Covid-19 pandemic which started in early 2020, continues to spread worldwide in 2021, causing the international community to focus on dealing with the deadly disease and pay less attention to Vietnam’s human rights violations.

Given the international situation and the Covid-19 infection at home, Vietnam’s authoritarian regime feels free to violate the basic human rights of the local people to prevent the formation of local opposition and ensure its absolute power.

Between January 1 and December 31, Vietnam arrested 27 activists and bloggers (see details in Appendix 1). As many as 12 activists were charged with “conducting anti-state propaganda” and among them are prominent human rights defender Nguyen Thuy Hanh and bloggers Le Van Dung and Bui Van Thuan. The number also includes blogger Le Trong Hung and Tran Quoc Khanh who announced their intention to take part in the parliament election on May 21 as independent candidates but were arrested a few months before the polls took place. Handicap blogger Dinh Van Hai was also arrested and charged with this accusation.

As many as 13 others were arrested on the allegation of “abusing democratic freedom” under Article 331 of the Criminal Code. Among them is well-known blogger Truong Chau Huu Danh who has a number of articles regarding the legal miscarriage of Ho Duy Hai who was unfairly sentenced to death in the double murder case in Cau Voi post office one decade ago.

In 2021, Vietnam’s authoritarian regime convicted 31 activists and bloggers (see details in Appendix 2). Twenty-two were found guilty of “conducting anti-state propaganda” and sentenced to between five and 15 years in prison. Among them are a prominent political blogger and world-recognized human rights advocate Pham Doan Trang (f), President of of the unregistered professional group Independent Journalists Association of Vietnam (IJAVN) Dr. Pham Chi Dung (m), and his deputy Nguyen Tuong Thuy (m), three recipients of Vietnam Human Rights Award 2021 named Can Thi Theu (f) and her two sons Trinh Ba Phuong (m) and Trinh Ba Tu (m). In the first instance-hearing in January, Dr. Dung was given 15 years in prison- the toughest imprisonment for the charge of “conducting anti-state propaganda” so far while his deputy was given 11 years in prison. In mid-December, Ms. Trang was sentenced to nine years in prison while Mr. Phuong was given ten years in prison and Mr. Tu and his mother Theu were sentenced to eights years in prison and three years of probation each.

The second large group of eight bloggers was convicted of “abusing democratic freedom” under Article 331 of the Criminal Code and sentenced to between two and five years in prison. Among them were members of Báo Sạch (Clean Newspaper) led by Mr. Truong Chau Huu Danh (m).

In all the cases, there are serious violations of human rights as well as the Criminal Procedure Code in all steps from detention to prosecution. The defendants were held incommunicado for months and permitted to meet with their lawyers in the short time before their trial. All the trials were extremely short in which the defendants’ relatives were not allowed to be present in the courtrooms while foreign diplomats were observing the hearings in adjacent rooms via TV screens. In some cases, including the trials against land rights activists and human rights defenders Can Thi Theu and her sons, their relatives were detained and held in a local police station on the trial day. In all cases, the judges ignored the defense of the defendants and their lawyers.

Vietnam’s Ministry of Public Security continues its policy to keep prisoners, especially prisoners of conscience, under hard living conditions in a bid to punish them for their non-violent activities but harmful for the communist regime and break their mental strength. Along with sending prisoners of conscience to prisons far from their families, it allows authorities in the prisons and the temporary detention centers to apply other psychological measures to make the life of jailed activists harder, such as denying them their rights to regular meetings with their families and receiving additional food and medicines from their relatives, placing them in solitary cells or isolated areas, or forcing them to work hard without proper protective equipment. It also puts added psychological and financial trauma on the family members.

Due to the Covid-19 outbreak across Vietnam, the families of prisoners of conscience have not been allowed to conduct prison visits nor send foodstuff for them but send money so jailed activists can purchase additional food and stuff at prisons’ canteens at prices much higher than the market prices while the goods’ quality is under question. Most of the convicted prisoners of conscience are allowed to make a ten-minute call to their families every month.

The family of brave human rights defenders and democracy campaigners Can Thi Theu was alarmed that she has been held in a tiny cell without a fan during the hot summer in the temporary detention center operated by the Hoa Binh province’s Police Department. It is worth noting that Mr. Dao Quang Thuc was treated the same way by the same detention center and he died in 2019 shortly after being transferred to the Gia Trung prison camp in the Central Highlands province of Gia Lai.

Also due to hard-living conditions and lack of proper medical treatment, Mr. Huynh Huu Dat, who served his 13-year imprisonment for subversion, has passed away in Xuan Loc Prison camp after months of fighting against rectal cancer and cirrhosis.

The family of prisoner of conscience Trinh Ba Phuong said according to the minute of his trial on December 15, he had been tortured by four police officers during pre-trial detention in the Temporary detention center No.1 under the authority of the Hanoi Police Department. The perpetrators reportedly beat him at his genital part and other parts of his body.

Along with persecuting prisoners of conscience, authorities in some localities also harass their families. After arresting former prisoner of conscience Can Thi Theu and her two sons Trinh Ba Phuong and Trinh Ba Tu on the charge of “conducting anti-state propaganda” in late June, police in Hanoi and Hoa Binh continuously intimidate her family, summoning her husband Trinh Ba Khiem who is also a former prisoner of conscience and Mr. Phuong’s wife Do Thi Thu to police stations for interrogating about the detainees’ activities.

Release from prison in 2021

In October, after months of medical treatment outside prison, prisoner of conscience Ngo Hao was allowed to travel to Finland where he lives in exile. The authoritarian regime suspended his 15-year imprisonment last year and the 73-year-old political prisoner was permitted to return home for treating several severe diseases.

The term “prisoner of conscience” (POC) was coined by Peter Benenson in the 1960s. It refers to any individual “imprisoned for his/her political, religious or conscientiously held beliefs, ethnic origin, sex, color, language, national or social origin, economic status, birth, sexual orientation or another status who have not used violence or advocated violence or hatred.”

Defend the Defenders is Vietnam’s independent non-profit organization working to promote human and civil rights in the Southeast Asian nation. It has a network of dozens of human rights defenders across the nation who report human rights abuse in their areas.

Appendix 4: List of Prisoners of Conscience as of December 31, 2020